Today I am doing my bit for “Thursday Doors” by hosting an online visit of temples in Sri Lanka — a “Buddhist’s Heaven.” First a bit of history. Sri Lanka has been a Buddhist country since the third century B.C.E. (Before the Common Era). Kings and rulers of this island country built numerous temples and learning centers.  The ancient Sri Lankan architecture was mainly religious, with more than 25 styles of Buddhist monasteries and dagobas or stupas. A stupa is a religious reliquary monument, and are the largest brick structures known to the pre-modern world.

For example, below is the Ruwanweliseya stupa, originally built by King Dutugemunu in 140 B.C.E. and, as the oldest stupa in Sri Lanka, is considered an icon of ancient architectural glory.  Today, pilgrims come here from all over the world. 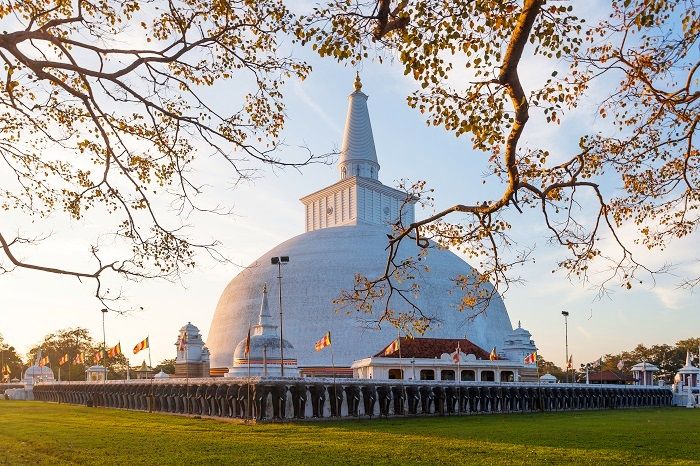 So where are the doors? I’m not at all sure as my online search failed to reveal any at this site. Let’s try Mahiyanganaya Temple, constructed on the site of Gautama Buddha’s first visit to Sri Lanka. This gateway opens onto a vista of the temple in the distance. The stupa enshrines a handful of the Buddha’s hair and his left clavicle bone.

The reverse of the same gate, facing away from the temple and toward the town. . . 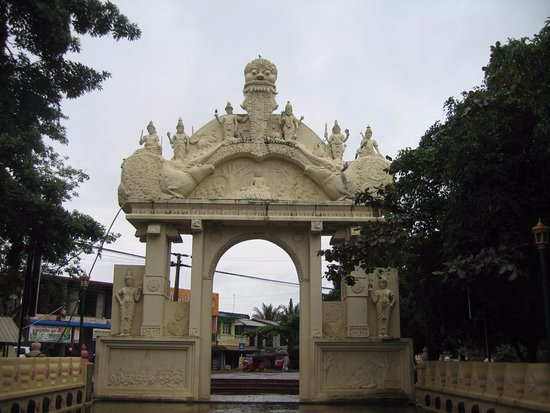 Still looking for viable doors? Here is Rankoth Vehera, also known as “Stupa with the Golden Pinnacle,” built by the king Nissanka Malla (1187 – 1196 C.E.).  The fourth largest in Sri Lanka, it lies in the center of a large square terrace surrounded by a brick wall with four entrances in the directions of the four cardinal points, with sand paths leading up to them. The Golden Temple of Dambulla has been a Sri Lankan world heritage site since 1991. Located 92 miles east of Colombo, Sri Lanka’s commercial capital and largest city by population, Dambulla the largest and best-preserved cave temple complex in Sri Lanka, with more than 80 documented caves in the surrounding area.  Before the arrival of Buddhism, pre-historic Sri Lankans lived in these cave complexes, as verified by burial sites within the area, with human skeletons about 2700 years old. Pictured here are entrances into the caves. 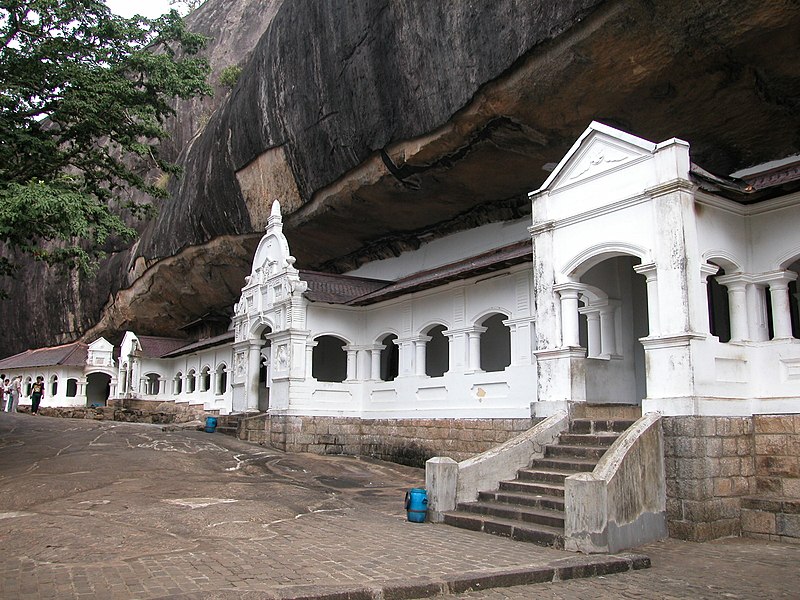 Below is the Golden Buddha statue, just downhill from the cave temple . . . 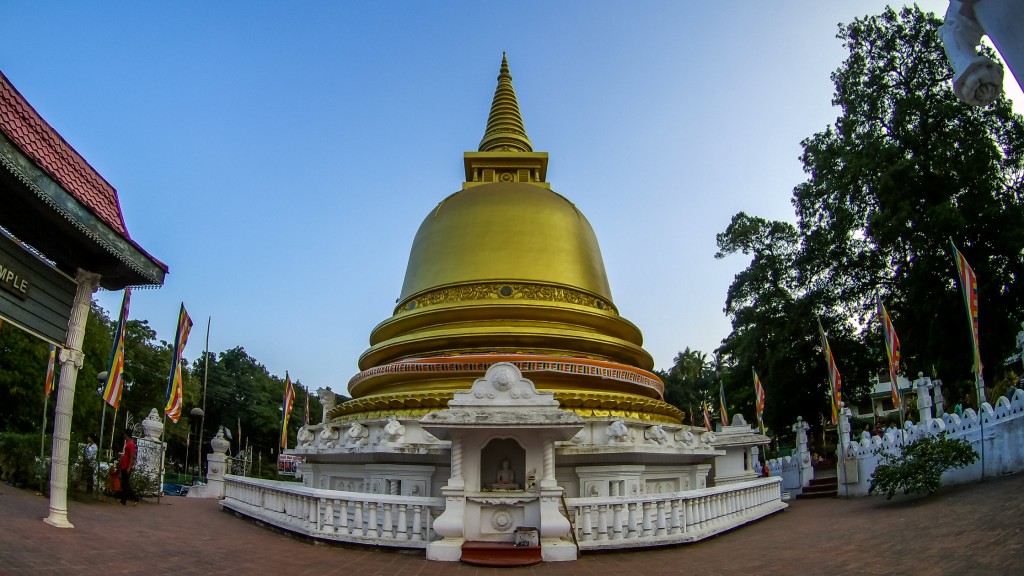 How’s that for a sampling of Sri Lankan religious architecture as symbol of this Buddhist country’s art and culture? Have you traveled to Sri Lanka, formerly known as Ceylon under British colonialism? Perhaps you’ll tell us more about the doors there.