A hummingbird moth zipped back and forth in front of me as I enjoyed the evening cool on my courtyard. Perhaps the little creature was searching for the honeysuckle that used to climb the herb garden wall.

Sorry, little fella, we cut it down last fall.

He came back today, in the heat of broad daylight. This time, I recognized him.

So what’s a hummingbird moth — bird or bug? To answer that inquiry, I’m reposting part of a story from last summer . . .

The common Hummingbird Moth (Macroglossum stellalarum) is found in North America and Europe. Although Hummingbirds are Plain Janes, they do sport colorful bodies.

In flight, as it flits rom one blossom to another, this moth does look like a tiny hummingbird flapping its wings and probing with its “needle” tongue. It can fly backward and forward, even sideways, as well as hover in mid-air, mimicking hummingbirds. So, what’s the difference between the two?

Size. Hummingbird moths average from 2 to 2.5 inches, whereas the bird ranges from 3 to 4 inches.

Eyes. Large, rather menacing eyes of the hummingbird moth appear to warn predators that this is no mere bug for dinner.

Mouth. Instead of a bird beak, the hummingbird moths have a long, tongue-like proboscis double the moth’s length at its longest. 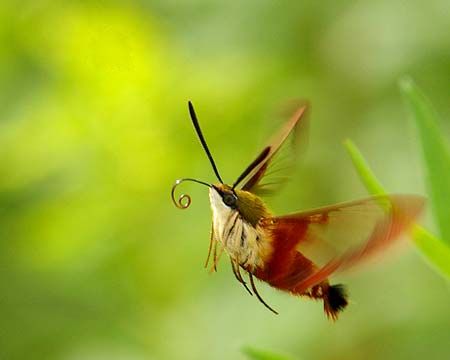 It rolls from its coiled tube to reach the nectar of flowers. Hummingbirds’ needle or sword beaks can reach up to four inches.

Wing Span of the hummingbird moth ranges from 2 to 6 inches. 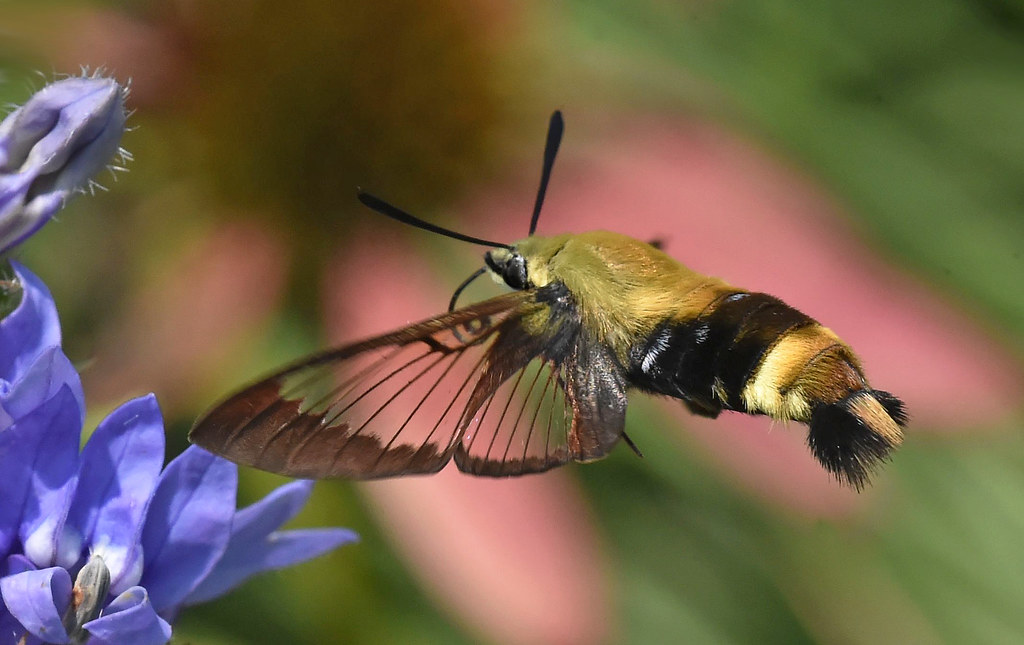 Legs. The hummingbird moth dangles all six of its legs as its flies and feeds.

Hummingbirds, on the other hand, tuck their two legs close to their bodies for better flight aerodynamics.